Built on a former convent belonging to the Congregation of the Oratory, the palace was built in the 18th century by order of King João V. Its dedicated to Nossa Senhora das Necessidades (Our Lady of Needs), whose first devotional chapel stood on this site. This distinctively pink palace is located uphill from Alcântara. The lofty location not gives wonderful views over the river but also protected the palace from the tsunami that struck following the earthquake of 1755.
.
The palace first served as the residence for the Braganza dynasty and later used to house visiting dignitaries, such as the Prince of Wales (the future George IV of Great Britain and Ireland) and his brother the Duke of Sussex. During the peninsular war, the palace served as the headquarters of the Duke of Wellington. Today it serves as the Headquarters of the Ministry of Foreign Affairs. Its interior is out of bounds to visitors. However, the terrace in front of the palace has incredible views, and its gardens are well worth a visit if you're in the area.

The place became the main residence of the Portuguese royals after returning from exile following the Peninsular war. Queen Maria II and her husband Ferdinand of Saxe-Coburg and Gotha lived here until their deaths amounting amassing a large collection of art along the way. In 1844–1846 improvements were made and the interior was painted. The Etruscan Room was decorated in the Pompeian style, the dining room acquired its hunting and fishing scenes and the ceiling of the Red Room was decorated.

The most striking paintings can be found in the Renaissance Room, by Cinatti, who painted buildings of different architectural styles above the doors and in medallions on the ceiling. These works include views of the Palacio de Pena, Sintra, its façade and its Manueline cloister.
.
Successive restorations took place to accommodate the taste of the monarchs who dwelled there. The last of which took place during the beginning of the twentieth century by Carlos I. He extended the state dining room due to the frequency of diplomatic activity undertaken at the palace. One notable alteration was initiated by King Pedro V who had a complaints letterbox installed in the front door for any disgruntled subjects use. Further improvements and restorations were planned, including a gallery leading to the reception rooms and a new banqueting hall, by Francisco Vilaça, but these plans never came to fruition due to revolution.
On the 8th of February, the funerals of 1908 King Carlos and his son, Prince Luís Filipe, were held at the palace following their regicide by Republican activists. The reign of Portugal's last King, Manuel II, was brief. The monarchy in Portugal was dissolved during the October revolution. On this day the palace was shelled by the cruiser Adamastor anchored in the Tagus River below. Much of the palace's artworks went with Manuel II into exile in London. Other pieces have been dispersed among Lisbon's museums, including the Museu de Arte Antiga and the museum at the Palace of Ajuda close by. For 40 years after the proclamation of the republic, the palace remained unused. Then in the 1950s, it became the headquarters of the Portuguese Ministry of Foreign Affairs. 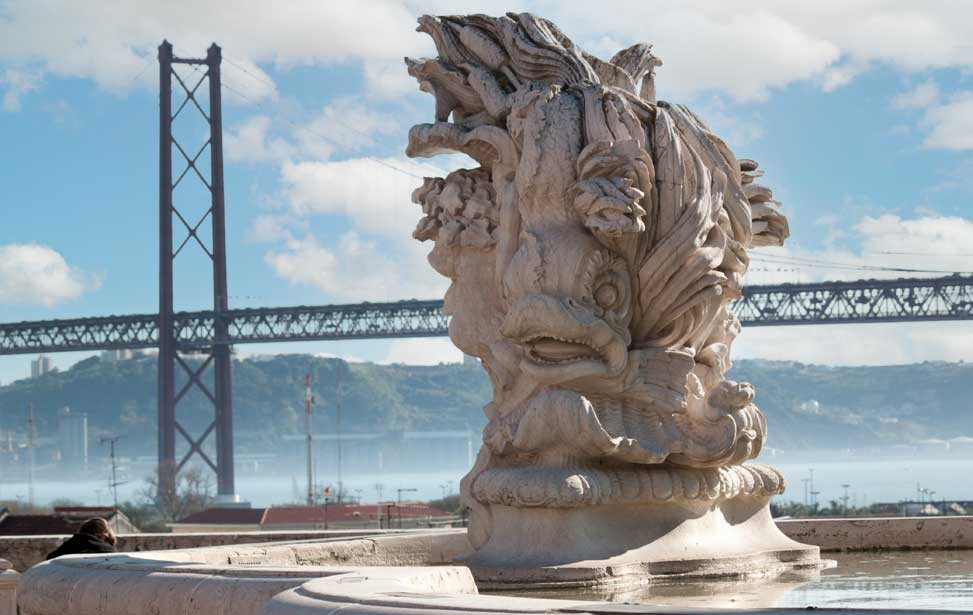 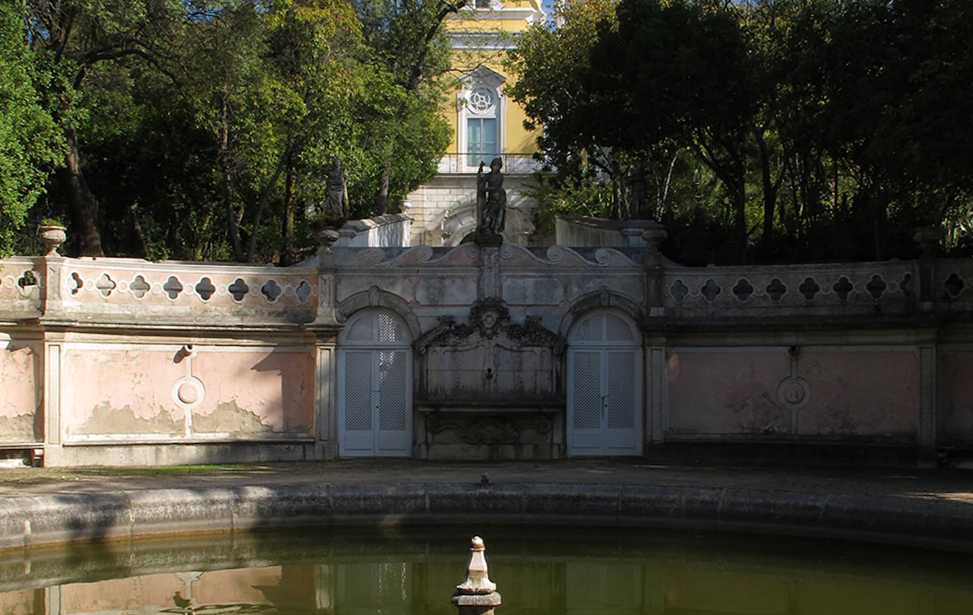 To the left of the front façade of the palace and marble obelisk and fountain is this hidden gem where few people visit. Once the palace gardens and hunting ground, this National Forest Reserve is home to rare species of trees, ponds, forested areas, exotic plants, statues, fountains and lawns ideal for picnicking or chilling with a book. Édouard Manet visited this park in 1859, and it's said the gardens inspired him to paint his famous masterpiece "Le déjeuner sur l'herbe" ("The Luncheon on the Grass"), now in Paris' Musée d'Orsay. King Ferdinand had the gardens designed in the English manner as was the fashion in the 19th century. Later, King Pedro commissioned the circular glasshouse and King Carlo had the tennis courts built. There are three lakes; Palmeira, Estrelícias and Duque de Lafões, surrounded by exotic vegetation. If you're able to cast your gaze beyond the grounds, there are fabulous views of the 24th April bridge and the Tejo river as a backdrop.

Getting to the Necessidades Palace