The cathedral's imposing and somewhat defiant façade confronts the visitor as they ascend the hill from the Baixa into the Alfama and beyond. Officially the cathedral's full name is "Santa Maria Maior de Lisboa" (Patriarchal Cathedral of Saint Mary Major), yet the locals simply refer to it as 'a Sé'. Over the aeons, the cathedral has lost much of its decoration to natural disasters and botched restoration attempts. It has stubbornly occupied this location since 1150 AD, built to commemorate the city's conquest from the Moors. 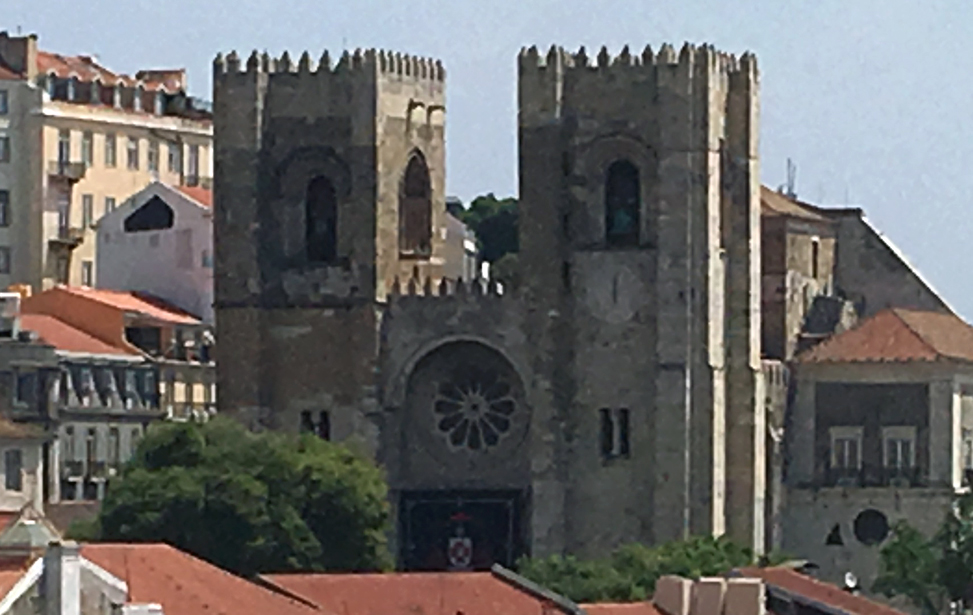 The city of "Lishbuna" was under Moorish control from the 8th century until it fell to Christian armies in 1147 AD led by King Afonso Henriques. The English crusader Gilbert of Hastings was installed as bishop and oversaw the construction of the Sé, on top of the foundations of a former mosque. It was constructed in the style of the time we now call Late Romanesque. Relics of the martyr Saint Vincent of Saragossa were brought to the cathedral in the early 13th century from southern Portugal and later became the city's patron. It's rumoured that his body arrived in Portugal from Spain onboard a boat piloted by ravens. For centuries the descendants of these birds were displayed to visitors until the last one died in 1978. Today ravens remain one of Lisbon's symbols.

The impressive façade is flanked by two bell towers whose castellations suggests a defensive posture. The main entrance sits beneath a large rose window which is a 20th-century reconstruction from fragments that survived the 1755 earthquake. The interior is relatively stark by Portuguese standards. As Portuguese wealth increased in later years during the age of discovery cathedrals and churches became larger and more extravagant. Much of the cathedral's decoration was shaken loose during the earthquake and other embellishments were removed during the beginning of the 20th century to give the cathedral a more "medieval" appearance.

To the left of the entrance is a baptismal font. It was used in 1195 to baptise Saint Anthony, who was born nearby at the spot where a church now bears his name. His life is chronicled in the neighbouring museum. The nave is covered by barrel vaulting and has an upper, arched gallery. Light flows in through the rose window on the West façade and transept. Arches extend up to the vaulted ceilings while medieval statues and decorative altars fill the alcoves. Within the seventh chapel, the Capela de Santo Ildefonso, are three Gothic tombs, the most striking of which is the beautifully sculpted sepulchre of Lopo Fernandes Pacheco with his hand on his sword and his faithful hound sat at his feet. The tomb of Maria de Vilalobos is sculpted with her reading a Book of Hours whilst her dog is busy eating a chicken. Daily: 07h00 - 19h00 | Entrance: FREE

Later toward the end of the 13th century, King Dinis ordered the construction of the Gothic cloisters. A curious oculus located over one pair of arches takes the form of a pentagram and heart pattern within its tracery. It is thought to be a Templar symbol. Since 1990 excavations in the courtyard of the cloisters have unearned finds from the Roman, Arab and mediaeval periods. Archaeologists have found a Roman street with shops on either side. Remnants of later habitats dating from the Visigoth period have also been discovered here. A part of a Moorish building, with red walls, are remnants of a former mosque, has also been excavated here. A large portion of the cloisters was severely damaged during the 1755 earthquake.
Monday – Saturday: 10h00 - 18h00, Sunday: 14h00 - 18h00 | Entrance: €2.50

A small museum and treasury can be reached via a ticket man and up a flight of stairs where a hoard of ecclesiastical objects can be found. The walk up takes you past a platform that gives an angel's eye view of the cathedral below. It includes the relics of St Vincent, brought to Lisbon in 1173 on the order of Afonso Henriques. Other artefacts include intricately embroidered ecclesiastical costumes, manuscripts, stunning statues and antique silver. Monday – Saturday: 10h00 - 17h00, Sunday: Closed | Entrance: €2.50 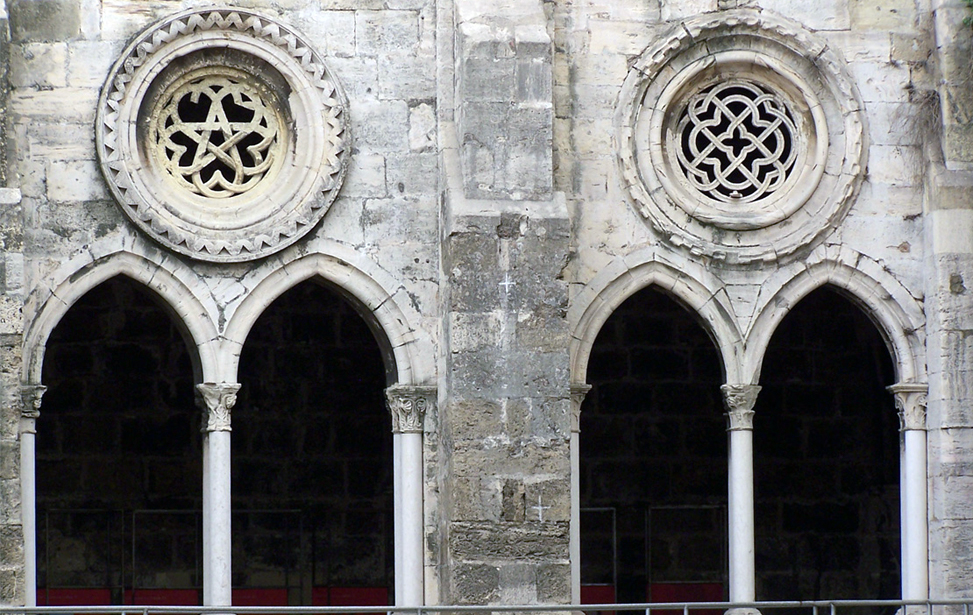 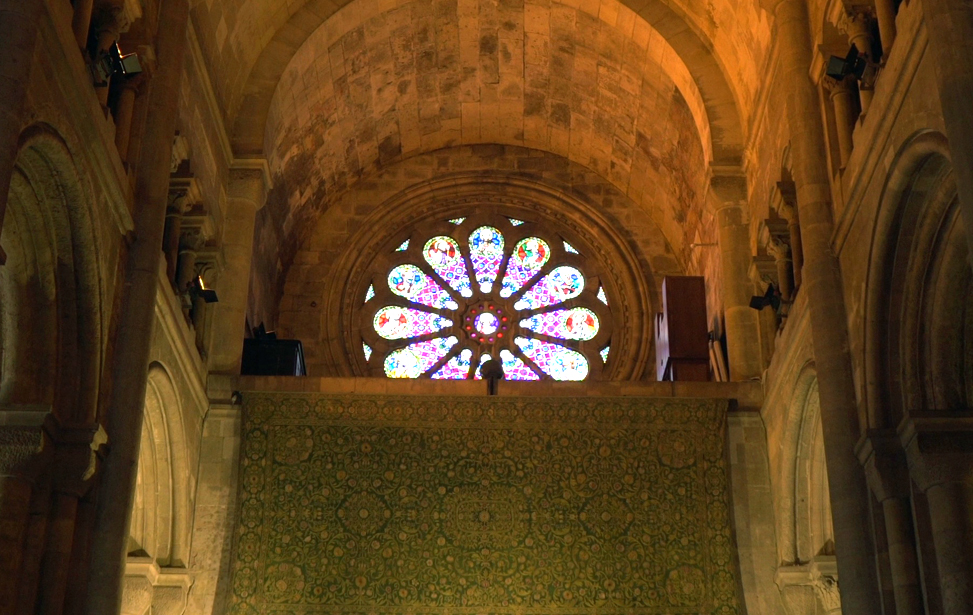