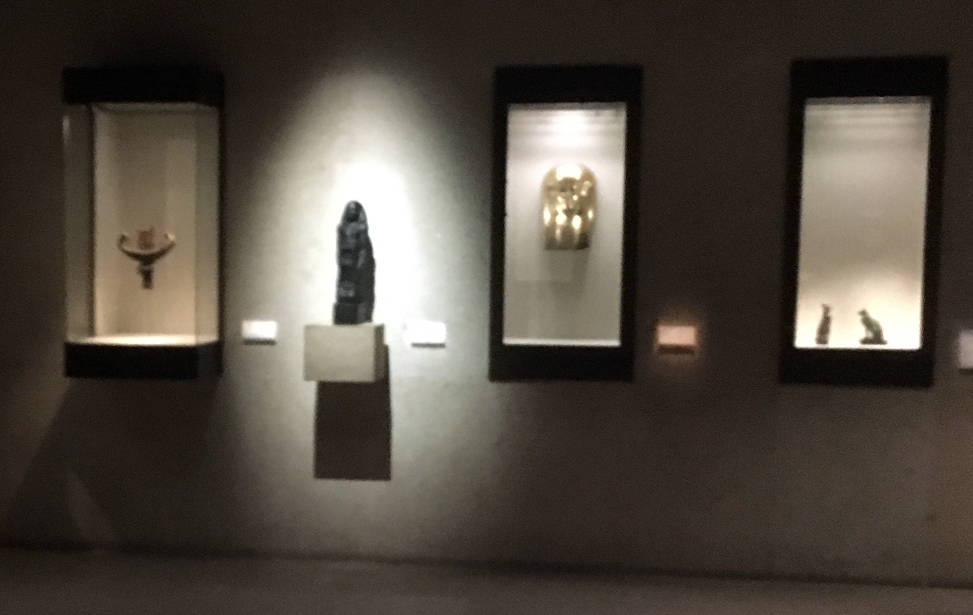 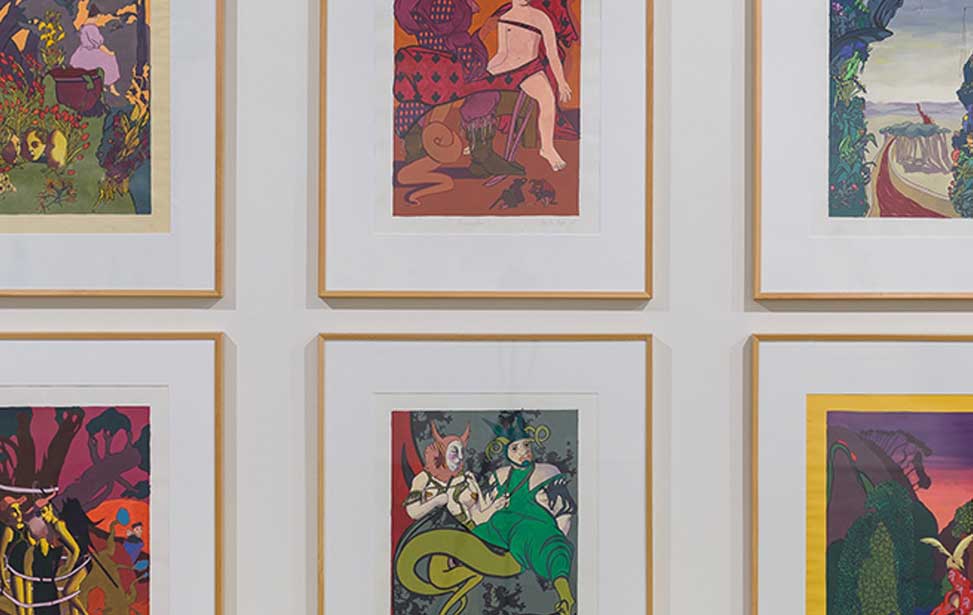 Calouste Gulbenkian's prolific art collecting obsession is housed within the Founders Collection building and consists of over six thousand pieces. With exhibits ranging from the ancient past right up to the early 20th century and sourced from all over the world. Within the fascinating small Egyptian room, one encounters artefacts from various periods of Ancient Egypt such as the Head of Sestrostris III who reigned from 1836 to 1818 BCE and bronze feline statuettes and a gilded silver funerary mask all dating from 664 to 525 BCE. Classical antiquity here is represented by Roman statues, silver, glass and intricate gold jewellery, along with a collection of Hellenic coins. From Mesopotamia, there are two cylinder seals that pre-date 2500 BCE.

Two impressive rooms containing historical treasures from the Near East including Islamic calligraphy, tapestries and carpets, as well as ornate tile and glassware from 16th and 17th Century Persia, Turkey, Syria and India. From the far east one can encounter marvellous examples of ceramics, porcelain, jade, paintings from China and beautiful prints and lacquer-work from Japan.

Also to be found are fine examples of European art such as medieval manuscripts, ivory and wood diptychs, tapestries from the Italian Renaissance as well as French furniture and silverware from the 18th Century. Great pieces of art adorn the walls from such prestigious artists such as Rogier van der Weyden, Domenico Ghirlandaio, Frans Hals, Rembrandt van Rijn, Peter Paul Rubens, Thomas Gainsborough, Jean-Honoré Fragonard, Hubert Robert, Édouard Manet, Jean-Baptiste-Camille Corot, Edgar Degas, and many others. Many of these works were bought from the Hermitage in St. Petersburg during the Soviet era. The final room houses a fine Art Nouveau collection with 169 pieces of jewellery, glass and metalwork by René Lalique.
Wednesday to Monday: 10h00 - 18h00. Tuesday: CLOSED
Adult: €10.00, Consessionary: €5.00, Child Under 12: FREE,

ONLINE TICKET | With this entrance ticket you can gain entry to the Calouste Gulbenkian Museum at your leisure. Buy online before you arrive to avoid queues and have the convenience of the e-ticket on your phone…

Sharing the grounds of the Gulbenkian Museum is the Jose de Azeredo Perdigao Modern Art Centre, which was built in 1983 and designed by architect Leslie Martin. It is home to modern and contemporary pieces of art, both Portuguese and foreign artists displayed over two floors. Comprising of more than ten thousand pieces the collection is considered to be the most complete collection of contemporary Portuguese art. Encompassing works from the early 20th Century to the present day with artists such as Amadeo de Souza-Cardoso, Vieira da Silva, Paula Rego, Fernando Lemos and Almada Negreiros. The international scene is represented by sculptures by American expressionist Arshile Gorky and Britain's Anthony Gormley and Bill Woodrow. 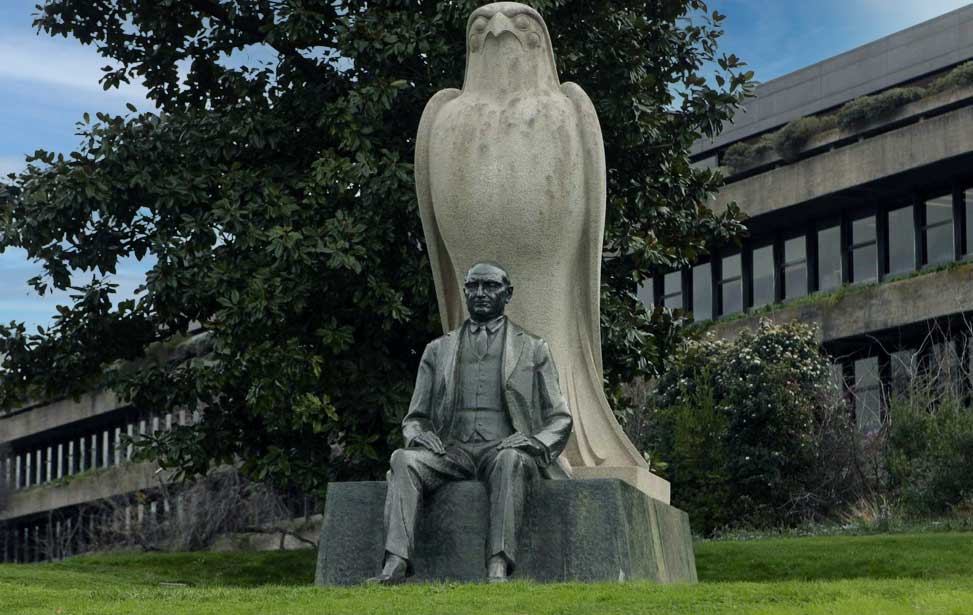 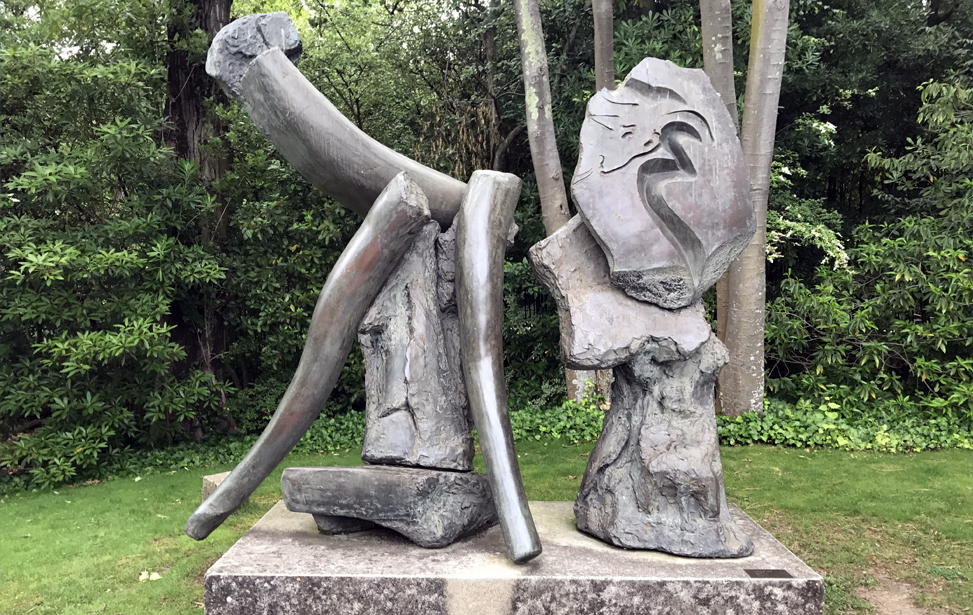 The spacious gardens surrounding the Gulbenkian buildings were laid down in the 1950s in honour of the founder and make an ideal space for all types of leisure and cultural activities. It's located in the former grounds of the Palacio Azambuja or dos Meninos de Palhava where the Spanish embassy was once located. Its design is attributed to the Landscape Architects Gonçalo Ribeiro Telles and António Viana Barreto. He worked in close collaboration with the architects of the Foundation´s building complex, Alberto Pessoa Pedro Cid and Ruy Athouguia. The modernist thinking behind the design mirrors the style of the museum's architecture. It remains one of the most emblematic abstract gardens in Portugal, offering visitors a great sense of tranquillity all year round.